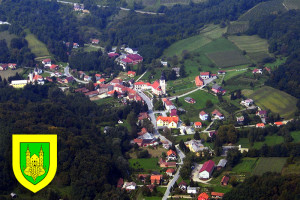 On the border with Republic of Slovenia, in the far Croatian north, in Međimurje, at the altitude of 202 meters – lives Štrigova. Behind precise data about life in the municipality of Štrigova today, we hear about many intriguing legends. They illustrate Štrigova as a medieval city of Štrigovčak, whose disappearance is shrouded by a mystery veil. There are two teories: the first says that the city fortress was destroyed by Ottoman forces, and the other tells that the fire engulfed the building as “God’s punishment” for Counts of Celje arrogance.

Behind number and facts

We know for a fact that the district of Štrigova covers 44.79 square kilometers divided in ten villages. Banfi, Grabrovnik, Jalšovec, Leskovec, Prekopa, Robadje, Stanetinec, St. Urban, Štrigova and Železna Gora together have almost 3000 residents, who live a calm and desirable life – 19 kilometres away from Čakovec. No, those villages are not bedrooms. They are places with picturesque landscapes where people give the shape and meaning to the agricultural and wine-production, tourism and hospitality, to religious and musical programs. Arrangement of locale and society is monitored at the National Archives in Međimurje, based in Štrigova, in a building from year 1912.

Skip to content
By continuing to use the site, you agree to the use of cookies. Find more here